Adding Suffixes: To Double or not to Double Consonants 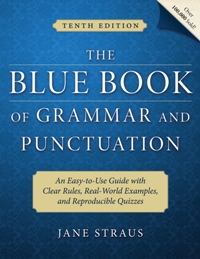 Jane Straus is the author of The Blue Book of Grammar and Punctuation and Enough is Enough! and developer of GrammarBook.com

Do you ever wonder if you should double a letter when adding a suffix? For example, why does shop become shopping, not shoping since hope becomes hoping, not hopping?

This week's tip will help you spell correctly when adding suffixes. We have Lawrence K. to thank for sending this suggestion as well as for many of the examples.

Tip: When adding a suffix, double the final consonant if the preceding vowel would otherwise change from short to long.

Example:  shop / shopping
Explanation: Without the additional "p," the pronunciation would rhyme with hoping.

Example: bat / batted
Explanation: Without the additional "t," the pronunciation would rhyme with gated.

Of course, what kind of English rule would we have without exceptions? (A consistent one?)

According to the tip, transit and profit should both have their consonants doubled when adding a suffix. Otherwise, the "i" becomes long. However, this is not the case.


In an effort to make us feel even less secure with our spelling, some words are spelled correctly by either doubling the consonant or not.


The moral of the story is that we often have no choice but to look these words up or rely on spell checkers that don't always catch these exceptions.

1. I am writing / writting my memoirs.
2. I need a new fited / fitted sheet for my bed.
3. She felt traped / trapped in her job.
4. The boat was propeled / propelled by jet fuel.
5. This document needs formating / formatting.
6. The announcer recaped / recapped the plays.
7. Her remains were intered / interred at the nearby ceremony.
8. His book still hasn't been edited / editted.
9. She hoped that meditating would help her become enlightened / enlightenned.
10.Labeling / labelling your files thoughtfully will help you find them again later.

1. I am writing my memoirs.
2. I need a new fitted sheet for my bed.
3. She felt trapped in her job.
4. The boat was propelled by jet fuel.
5. This document needs formatting.
6. The announcer recapped the plays.
7. Her remains were interred at the nearby ceremony.
8. His book still hasn't been edited.
9. She hoped that meditating would help her become enlightened.
10.Labeling or Labelling your files thoughtfully will help you find them again later.